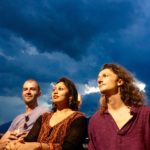 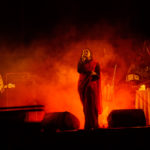 Tritha Electric is a fusion-rock band from Paris and New Delhi. Formed in 2010 by Tritha Sinha (vocals) and Paul Schneiter (drums), with the later addition of Mathias Durand (electric guitar). Playing an explosive blend of psychedelic rock, inspired by the German Krautrock of the 1970s and of Indian Classical and Folk Melodies. The band has played over 150 concerts across 3 continents since the release of the debut LP PaGLi. 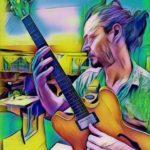 The Luis Trio is a project formed and conceptualized by French musician Loic Sanlaville. Originally set in Jazz elements in 2011, the project has since grown to acquire its own style with a Hip Hop sound. The band uses elements of different music set on original compositions by Loic.
Loic moved to India five years ago and his love for Hindustani sounds mixed with his Frenchness is reflected in the eclectic mix of his music. Think Thelonious Monk meets Ganpati. Every song has a story in Luis Trio is here to transform the audience’s experience in a different zone from a Jazz bar in New York to the calm spirituality of India.
The band performs regularly in Delhi, Gurgaon and has toured in Pune and Mumbai.