Sophie is a French drawer and illustrator. She studied theatre, literature and anthropology. During those studies, she expertise herself through writing, filming and researching. Her imagination, still very present, offers an unusual style of figurative drawing. The drawing and painting came at the same time as primary school and improved through life experiences. Currently, she draws for a living.

Aditi is an Indian visual artist based in Noida. She has won several awards and exhibited her works widely. She has worked as an associate researcher for Sangeet Natak Academy (India’s National Academy of Music, Dance & Drama) and for The Museum of Sacred Art, Belgium (Delhi Chapter). In her works, Aditi explores and expresses the idea of repetition, beauty, automatism & spontaneity through bookmaking and painting format. She is currently pursuing PhD from Faculty of Music and Fine Arts, University of Delhi and works as an Assistant Professor at the College of Art, New Delhi.

Tom Vater is a best-selling writer and publisher working predominantly in Asia. He has published four crime novels, numerous non-fiction books on Asian subjects and he is the co-owner of Crime Wave Press, a Hong Kong based English language crime fiction imprint. Tom is the co-author of several documentary screenplays produced for European television.

Imogen is a theatre maker, trainer and activist who has worked extensively in India, Brasil, Bangladesh, New Zealand,France and the UK. Her first solo play, Foreign Body, about healing after sexual assault, sold out runs at Southbank’s WOW Festival, Soho Theatre and VAULT Festival and has toured India and the UK. She recently directed Coming Clean, a piece about disclosing sexual assault, with Roundhouse Young Creatives. Imogen works as an activist with On Road Media’s Angles project and Consent Collective to create a more sophisticated understanding of sexual abuse and providing talks, training and performance for journalists, Universities and businesses. 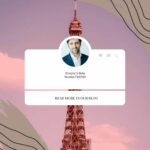