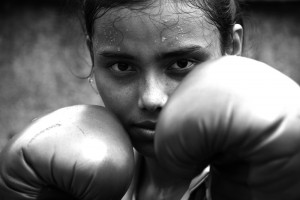 On the double occasion of the Month of Photography and on the International Women’s Day, the Alliance, in collaboration with the Railways Metro of Kolkata, present a exhibition of two international photographers, the French Viviane Dalles and the Indian Uzma Moshin.

Viviane Dalles, (b. 1978) completed her Master in 2003 at the National School of Photography in Arles, France after which she worked on iconic photographic archives at the Henri Cartier-Bresson Foundation. At the beginning of 2005, following the tsunami, she quit her job at the archives of Magnum Photos and bought a plane ticket to India. This first reportage changed her life. Her mind was made up from then on to become a documentary photographer. Viviane’s work and engagement were awarded with the Vocational Prize from the Bleustein Blanchet Foundation (France). Since 2013, she is a member of home of photographers, Signatures. 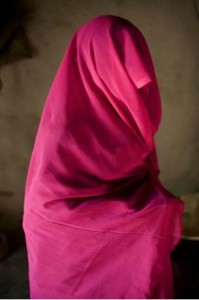 UZMA MOHSIN graduated from the National Institute of Design, specializing in graphic design and has worked for the print media since 2000. She was the art director _of Tehelka magazine for over 3 years. Some of her work has been published in various publications including Tehelka, Sports Illustrated and Outlook Magazine. She is pursuing her keen interest in photography, in the form of several independent projects.

In March 2008, Uzma was one of the 83 artists featured in _Click! An exhibition on contemporary Indian photography _produced by Vadhera Art Gallery, New Delhi. The show ran simultaneously in London the same year. In May 2010, she assisted Martine Franck (Magnum) on a book project, “Women Changing India” by BNP Paribas and Zubaan Publication. Uzma’s work was exhibited as a part of a group show – “Transportraits: women and mobility in the city” presented by Jagori in November 2010.

Her latest work “Seven Sisters & The City” which explores the lives of young women from the Northeast India living in Delhi will be exhibited during the “The Culture of Peace: A Festival Of The Northeast”, 29 January 2011.