Jayita Sarkar used to be a student of Alliance française du Bengale and is now finalizing a history thesis in the department of international history at the Graduate Institute in Geneva. This event is about exposing her thesis as a conference and an interactive discussion.This doctoral dissertation explores the dynamics of Franco-Indian nuclear relations in the backdrop of U.S. counter-proliferation efforts during three decades of the Cold War. It argues that during the period under study, four key factors contributed to Franco-Indian nuclear proximity: a) Anglo-American endeavors of information censorship in atomic energy and attempts to control strategic minerals worldwide during the early Cold War, b) Franco-Indian joint opposition to nuclear safeguards on grounds of national sovereignty, c) close personal ties between scientists of the two atomic energy commissions, and d) frequent bilateral differences with the United States over their Cold War foreign policy choices. The 1951 agreement between India and France was the first bilateral nuclear cooperation between countries outside the Manhattan Project, which also preceded the 1953 “Atoms for Peace” proposal by President Eisenhower. 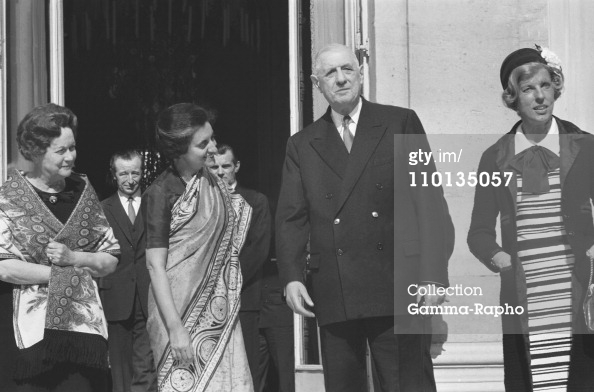 The French atomic energy commission became the only such Western organization to congratulate India after the latter’s first nuclear test in 1974. While the intensity of Franco-Indian nuclear relations varied over the three decades of the Cold War under study, the relations continued to exist even when Paris and New Delhi disputed over other issues. Based on multi-archival research in India, France, the United States, the United Kingdom, Austria and Italy, this dissertation investigates the underpinnings, outcome and impact of what became the first instance of joint nuclear technological cooperation between a developed and a developing country.