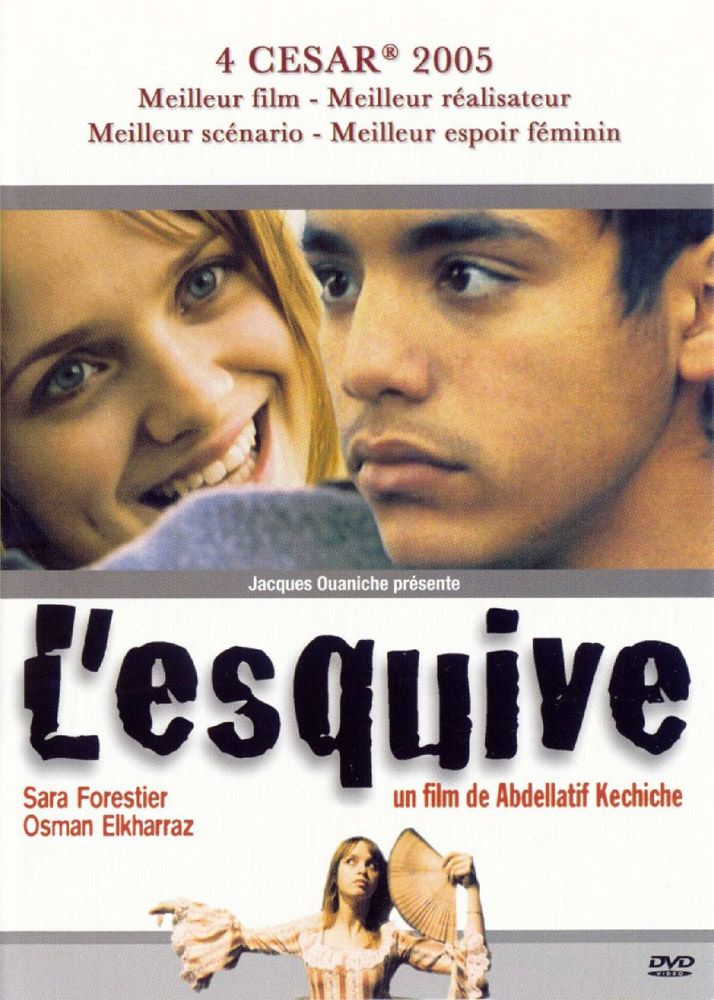 Games of Love and Chance (French: L’Esquive) is a 2003 French film drama directed by Abdellatif Kechiche and starring Sara Forestier. It won the Cesar Award for Best Film, Best director, Best Writing and Most Promising Actress. A group of teenagers from the housing projects of the Paris suburbs practice a passage from the play Games of Love and Chance by Marivaux for their French class. Abdelkrim, or Krimo, who initially does not act in the play, falls in love with Lydia. In order to try to seduce her, he accepts the role of Arlequin and joins the rehearsal. But his timidness and awkwardness keeps him from participating in the play as well as succeeding with Lydia.